Peter Rikli, swiss racing driver, competed in ADAC ProCar series and European Touring Car Championship, finished 4th in 2013 with Honda Civic S2000.
I've sent him a request message at his website's contact page ( http://www.rikli-motorsport.ch/de/26 ) somitime in early October and received these signed photos and a letter at 2013. 10. 29.
Thank you very much Peter! 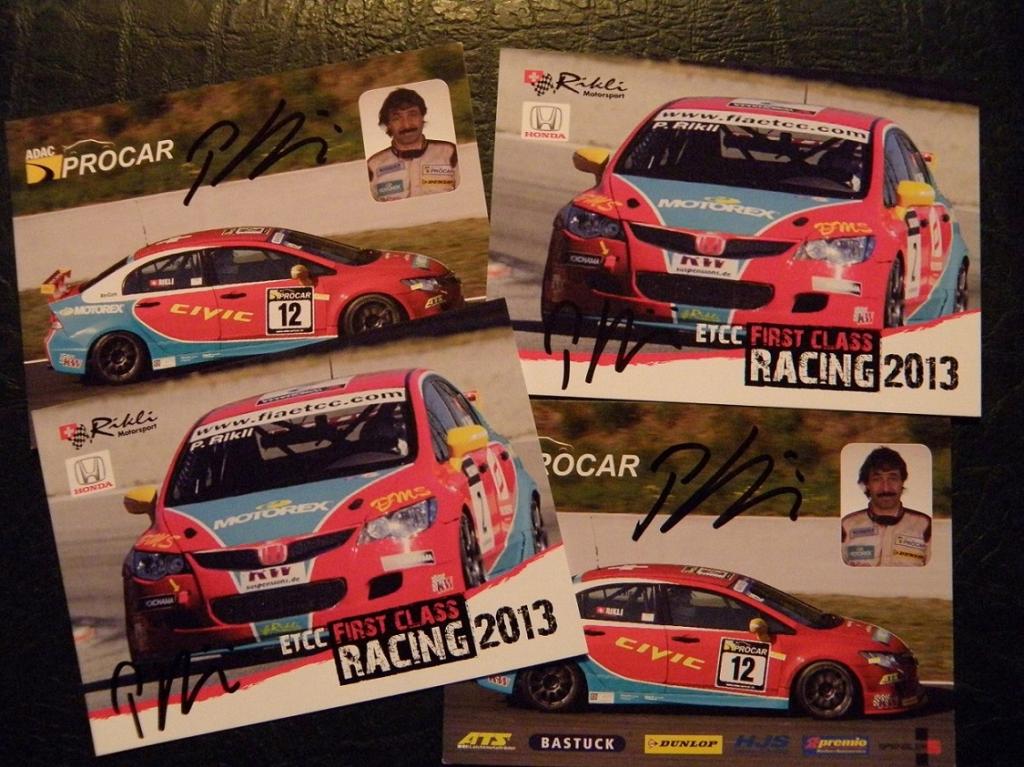 You have been added to the list for the $10 gift certificate.

Users browsing this forum: No registered users and 23 guests