Wow, I was very surprised as I opened this letter, since I did expected the address to work only for preprints or autopen, so I am very glad! I sent a letter, SASE, and two pictures and received both signed and personalized two months later in September 2019.
Jacob Anderson is a british singer and actor, best known for his role as "Grey Worm" in "Game of Thrones". 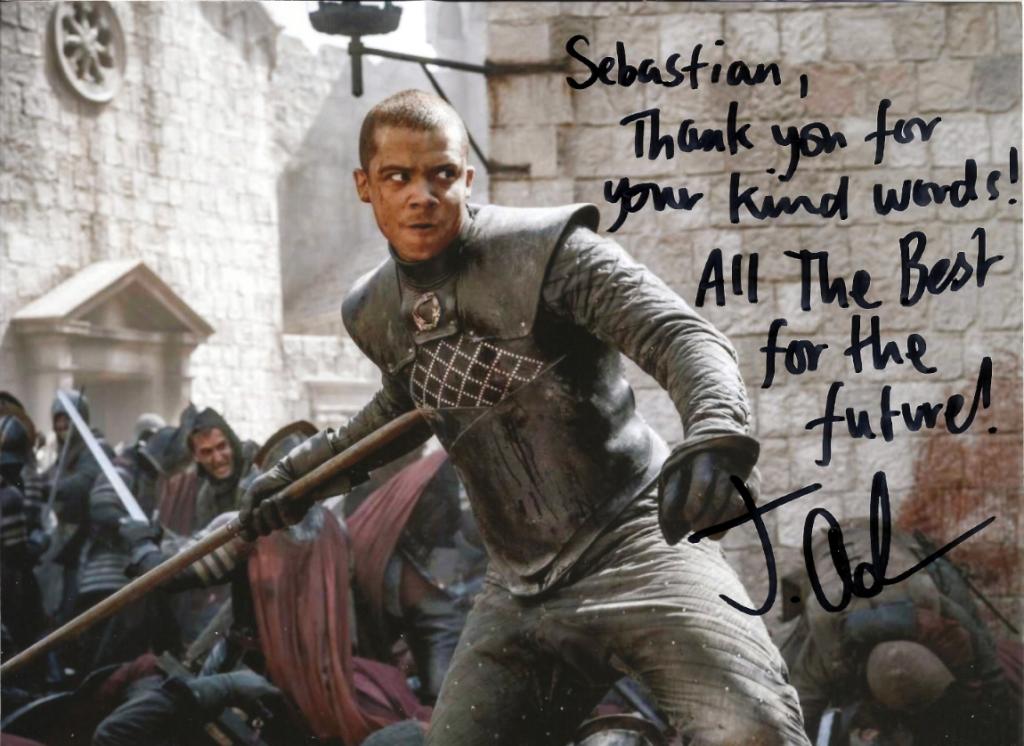 Via Venue Addresses (until april 2021)