Christopher Plummer, Canadian actor ("The Sound of Music," "Up") 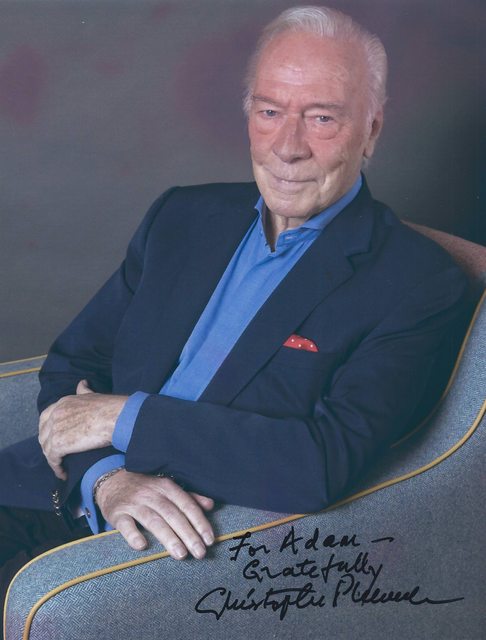 Similar to my Eddie Redmayne autograph, it looks like the ink may have messed up slightly up top, giving a reddish look. The autograph is intact however!